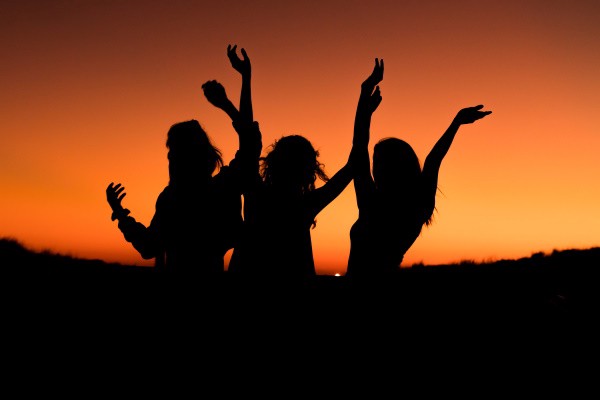 October is Domestic Violence Awareness Month. Intimate Partner Violence is an epidemic that kills more than 4 women each day in the United States and 50,000 each year worldwide. During the Covid-19 pandemic, the stakes have grown even higher, with isolation and stress increasing the risks of homicide. Sadly, this DVAM, the voices of survivors are drowned out by the noise of politics. In this post, Social Worker, Filmmaker and Writer Tracy Schott challenges us to use an #ActiveVoice to change the conversation.

I’m always amazed when people can name all their teachers. I remember one.

Mrs. Schultz was my 5th grade teacher at Northern Area Elementary School. I can still see her all these years later: a tall thin woman with steely blue eyes and gray hair pulled back in a bun. One day, Mrs. Schultz intercepted a note I’d written and passed to my best friend. I expected to be punished, publicly humiliated even. Instead, she quietly took my note, corrected the grammar and told me to re-write it, admonishing me to use the English language properly when I wrote and spoke. She also instructed me to use the active tense.

‘The passive tense is for victims, not heroes!’

Six years ago, I brought 11 women together while filming my documentary film, Finding Jenn’s Voice. I called these women my heroes. They were all victims of intimate partner homicide attempts. For some of them, this was the first time they had publicly shared their truths, and the truth was devastating:

· Four were strangled until they nearly died.

· Three were shot and critically wounded.

I was recently reminded of my 5th grade lesson from Mrs. Schultz. And as I examine these statements, I realize how easy it is to use the passive voice when describing domestic violence. While these statements are true, they are also incomplete. According Xterra Web, there are 5 instances when the Passive Voice is useful:

1. When it’s irrelevant who performed the action

Really? Why don’t we need to know who committed these atrocities? Where are the perpetrators? What if we put them in front of these statements instead of the victims? How does that change our perception?

· Five men physically attacked their girlfriends and wives with fists and weapons, leaving both physical and emotional scars.

· Four men, needing to control their girlfriends and wives, strangled them to the brink of death.

· Three men pulled the trigger with a handgun in close proximity in an attempt to kill the women they had professed to love.

· One man brutally stabbed to death his own 2-year old son to punish his mother for escaping his abuse.

That’s a little harder to ignore…but there are other more sinister reasons to use the passive tense.

2. When you don’t want to acknowledge responsibility.

By using the passive language, we help perpetrators not to be responsible for their actions. And the sad reality is that most domestic abusers are not held accountable.

· Three of these men went to prison.

· One shot and killed himself.

· The other seven men continue to live their lives, without retribution and without ever acknowledging or taking responsibility for the pain they inflicted on these women.

3. To emphasize an object.

When we put the emphasis on victims, it makes it easier to blame them, dehumanize them, and make them responsible for their perpetrators’ actions. You’ve heard the questions…

What did she say to upset him?

Why doesn’t she just leave?

Even the well-meaning term Violence Against Women doesn’t acknowledge the abuser and encourages the focus to be on victims: how can she protect herself, avoid abuse and escape a dangerous situation?

4. To de-emphasize an unknown subject.

By not saying his name, the perpetrator becomes irrelevant to the conversation. As if the abuse can happen without him! The reality is that most of the services, research and data are focused on victims. Not perpetrators. So how do we break the cycle of abuse if we don’t focus on the abusers? Why is it up to the victim to break the cycle?

5. For more formal writing in the third person.

By talking about this subject in the third person, we distance ourselves from the problem and make it easier to forget that 27% of women (more than 1 in 4) will become victims of intimate partner violence in her lifetime. That affects us all!

When we make it personal, we create a narrative that is harder to ignore.

My heroes, the women who shared their stories in Finding Jenn’s Voice, are actively using their voices to change the way we talk about intimate partner violence. They are sharing their experiences, challenging our preconceptions, and asking all of us to stop passively accepting the statistics.

Please support them. The next time you hear, “she was abused, she was raped, she was killed” ask, “who hurt her, who raped her, who killed her?”

This October, while recognizing Domestic Violence Awareness Month, let’s use our #ActiveVoices to change the narrative.

Tracy Schott, MSW, MS is the creator of Voices4Change.net, director of the award-winning documentary film FINDING JENN’S VOICE, and owner of Schott Productions. Ms. Schott worked as a child and family therapist, specializing in child abuse cases for 15 years before making the unusual career change to film and video production with a goal of creating social change through media. Schott Productions is based in a farmhouse near Reading, Pennsylvania.